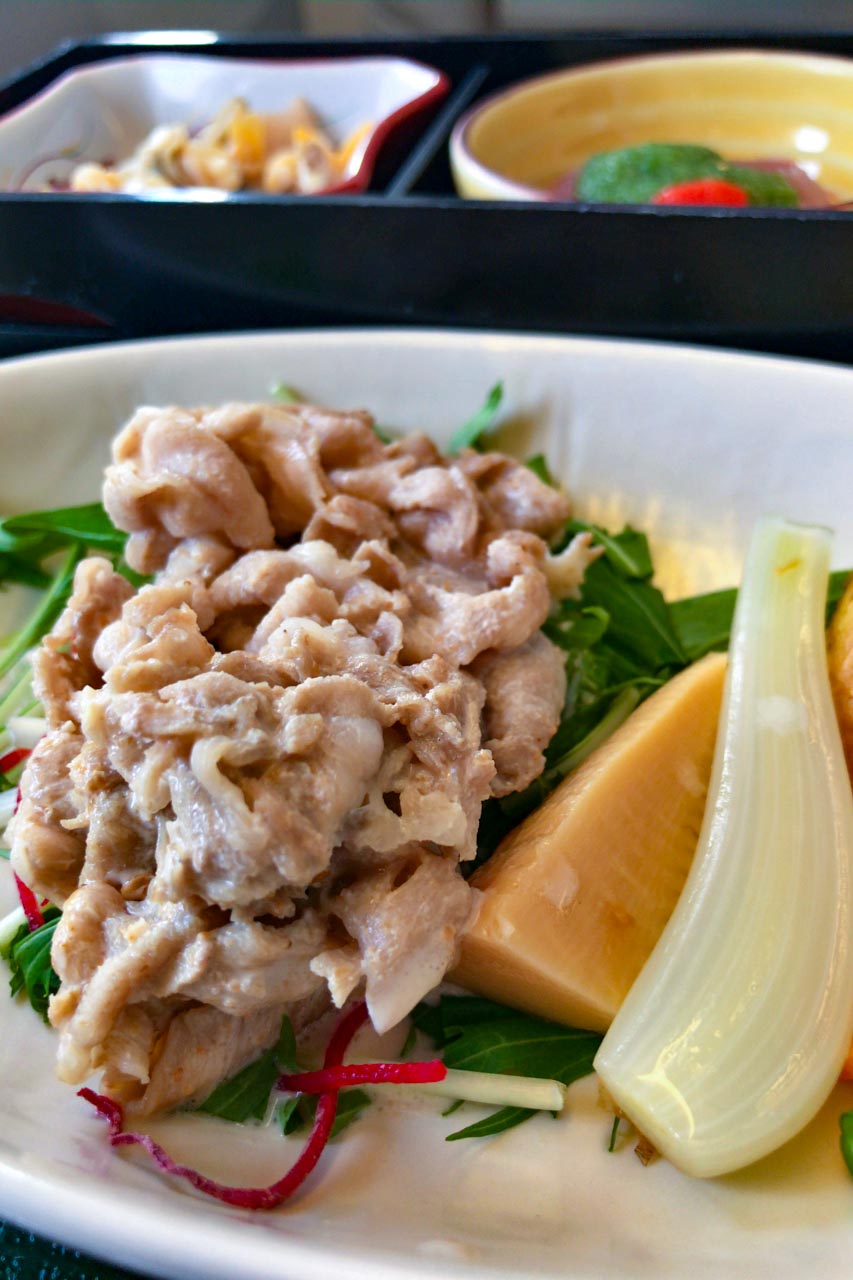 When I tried to book a flight from Haneda to Sapporo, JAL class J seats were full. I travel a lot and fly many times a week. So when I get on the JAL, I get a Class J seat, and if it’s ANA, I get a premium seat. There is no choice if the class J seats are full. I have no choice but to ride in first class.

That’s how I got into JAL’s first class for the first time. Moreover, the flight time is a flight that crosses the day. I can have lunch on board. I’m a little excited.

When I boarded and got a seat, the attendant brought a hand towel. If it’s ANA, it’s a bag of hand towels, but at JAL, CA will give each passenger a rounded hand towel. This is good The CA will also ask me for a drink for meals before taking off. When I asked for hot tea, CA asked me whether green or roasted green tea was better. This is nice. There is no Hojicha in ANA. However, there was no roasted green tea in the JAL lounge at Haneda.

What I always feel when using the lounge is that the taste of milk is strange whether ANA or JAL. Strangely sweet. Not a natural taste. I like milk pasteurized with unhomogenized.

About 20 minutes after the plane took off, the CA had brought me food in the sky above Ibaraki prefecture. Miso soup is in a bowl instead of a paper cup. Tea is brewed in a tea cup. The meal is on the plate. This is very different from ANA. That is a bento. This is a set meal.

I ate it with a generous amount of dashi gel topped with chopped seaweed on tuna and okra. Well-chilled and cool sashimi is not bad. It’s like eating pounded yam. Clams and white oyster mushrooms have a nice texture and scent. The yellow of chrysanthemum flowers is very bright.

The seaweed in the miso soup is thick and delicious. It is different from the thin seaweed with instant miso soup. The pork shabu-shabu (boiled pork thinly slices) is good thickness and exquisitely cooked. The sesame sauce of pork shabu-shabu is just right for saltiness. The garnished bamboo shoots are also light and elegant. The potatoes are soft and flaky texture. The cooked rice is fluffy. It’s not freshly cooked, but it’s not bad.

There is cup ramen service even after I finish eating. It was fascinating but I declined. I feel that the distance from the front seats is wider than in ANA Premium Class. My seat was by the window, but I didn’t feel cramped, even when I stood up and crossed the next seat.

I took a breather and looked out through the window to see the Tsugaru Peninsula. It will be Hokkaido soon. JAL’s first class is quite good. I didn’t think I could be so happy with the meal. The in-flight internet is free and the transmission speed is not slow. If possible, I also want to sit in JAL First Class on my next flight.