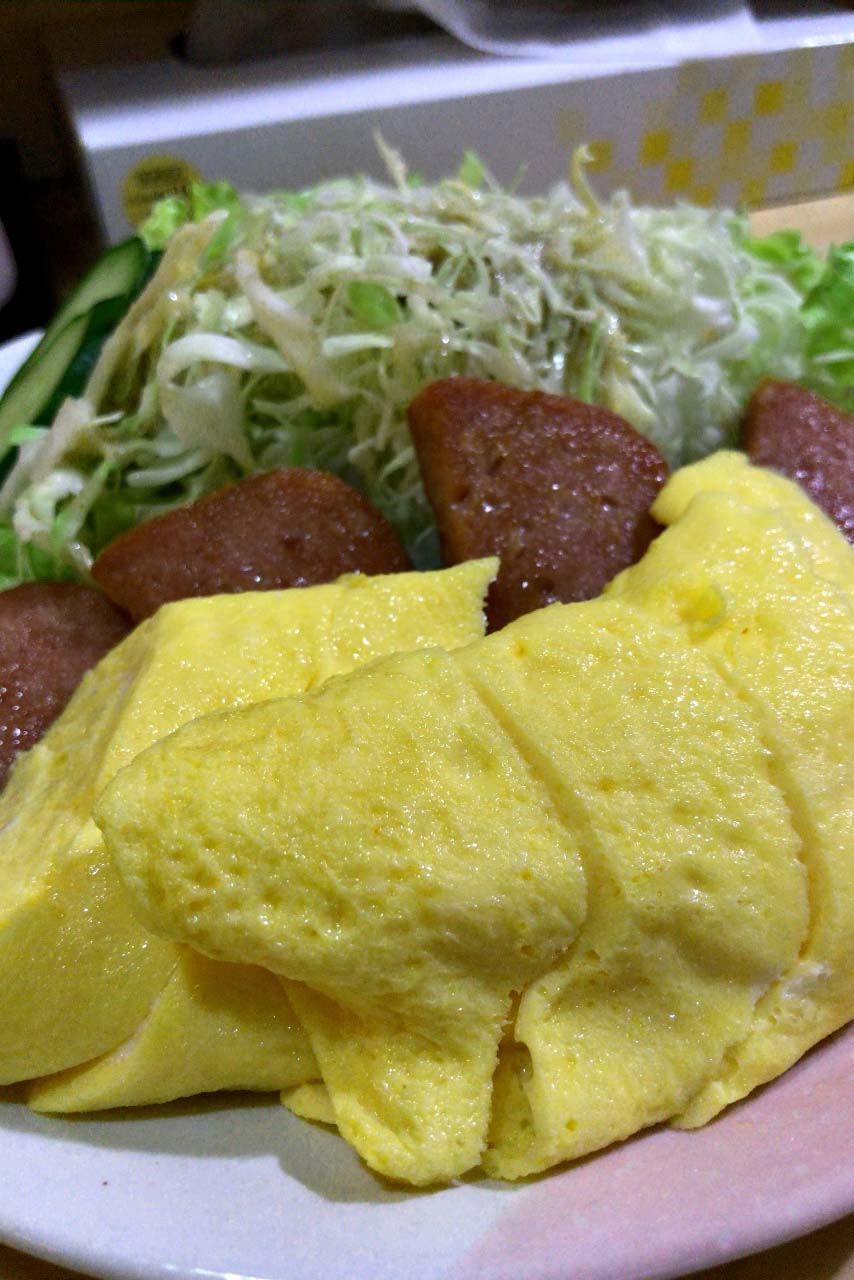 Ishigaki Island belongs to the Yaeyama Islands. This area is called “Yaima (Yaeyama dialect)”. Miyako island is called as “Miyako” which composes Yaeyama and the Sakishima Islands, . “Okinawa” originally refers to the main island of Okinawa.

A young man from Miyakojima overcame various sabotages and went to Tokyo, where he presented the facts to the Imperial Diet. The Japanese government has ordered Okinawa Prefecture to abolish the head tax. This islander is praised as a hero on Miyakojima island.

At the evening party, I saw a wonderful attraction of traditional performing arts by local high school students. They will compete in national competitions in the fall. There are many regions in Japan that are struggling to succeed to performing arts. However, young performers thrived in the Nansei Islands such as Amami, Okinawa, and Yaeyama. My wife told me that in Okinawa girls learn Sanshin, Ryukyu dance, or Ryukyu karate.

I had Gyu soba for lunch and at the party. But the two were different dishes. According to him, it was not Gyu soba but Gyujiru soba (Beef soup noodles) that we ate at the party. Gyu soba is not popular in Yaeyama. He said Yaeyama soba noodles is the most commonly eaten food.

Then I asked him about the difference between Yaeyama soba and Okinawa soba. Is round noodles common for Yaeyama soba? According to him, there are two noodle mills on Ishigaki Island, they manufacture both round and flat noodles. The characteristic of Yaeyama soba is that it does not use red ginger, eats stew using pork lean meat instead of pork belly like Okinawa soba, has shredded kamaboko, and does not add leek. He said that sponge cucumber champloo and beef champloo are also common.

I thought this should be confirmed immediately. I decided to have a meal after the third party.

I asked the locals at the party which restaurant would be the best place to dine after drinking. He said, someone will tell you to go eat, so follow him. But when the third party was over, no one was going to have a meal. Only I and a middle-aged man from Naha who want to go out to eat. it’s no use. We wandered around Misakicho. The downtown area is Ginza in Tokyo, Matsuyama in Naha, and Misakicho in Ishigaki. We could only find a ramen shop. We asked a recommended restaurant to an young barker standing on the street.

“There is a “Kuwacchi Shokudo Restaurant” behind this road. That’s good.”

We thanked him and went to the restaurant. In the countryside, the barkers on the street are kind. In Sapporo or Naha, if you don’t know what to do, ask barkers standing on the street. They will tell you. This is not the case in Roppongi.

We walked for about two minutes. Kwatchi Restaurant is here. We opened the door and entered the restaurant. There is only one group of guests in the restaurant. We sat at the counter seats.

We intended to eat Yaeyama soba, but both ordered highballs. Both wanted to drink soda. We drink a little alcohol, eat a little food, eat Yaeyama soba and finish. This is the whole picture of our plan.

We order roast pork belly. Good size for a light meal. It’s crispy and elastic, with a light taste. Yuzu pepper is a good match.

We had a lively conversation. We ordered a second highball.

We tried to order another snack before eating Yaeyama soba. We ordered mozuku seaweed. Mozuku vinegar is usually served in small bowls. Usually it’s cheap. He looked at the menu and said.

I was worried about it. I said,

There is no basis. I gave a lukewarm answer. We were drunk, so we didn’t think further. But after a while, we saw the mozuku that the waitress brought and we shut up.

“Excuse me, please give me another soup, because we are two.”

He cried. That’s not the point.
What’s this?

Mozuku is usually vinegared. But with vinegar we can’t eat a lot of mozuku. For several years, it has become popular in Naha izakaya to eat mozuku like cold noodles. Place mozuku on ice, add condiments such as ginger and leeks to the noodle soup, and eat mozuku like noodles.

But this is novel. When I ordered mozuku, it came with noodles. It’s like the shop serving a burger and potatoes when you order only French potatoes.

It’s white, unlike the noodles I ate in the daytime. Probably because it is tightened with cold water, it is cool and firm. Egg yolk and noodle soup are often entwined with noodles.

delicious. This is good
Very delicious. We ate silently.

We noticed we were drinking our fourth highball. We ate buckwheat in an unplanned way. Besides, it’s already impossible for us to eat Yaeyama soba. We looked at the menu to rebuild the strategy. There are no snacks only in the main dish. I asked the waitress.

“Can we order the set meal as a single item?”

Waitress said it was okay. So what we order is “pork egg”. It’s never fail. The waitress brought it in without much time. Egg fried will be fluffy, and pork luncheon meat will be tulips (a Danish food maker). There are plenty of raw vegetables. “Pork eggs” is delicious but also pronoun for unhealthy, cooked so wonderfully and deliciously. It looks like beautiful. The seasoning is also exquisite and no ketchup is required. We were quite drunk but finished eating right away.

In the end, we drank six highballs. It was raining when we finished paying and left the restaurant. We didn’t have an umbrella so we took a taxi to the hotel. It’s three minutes by walk. It is also attractive in Okinawa that you can take a taxi at this distance. I took a shower when I went back to my room . And I immediately fell asleep. I hope it will stop raining tomorrow. 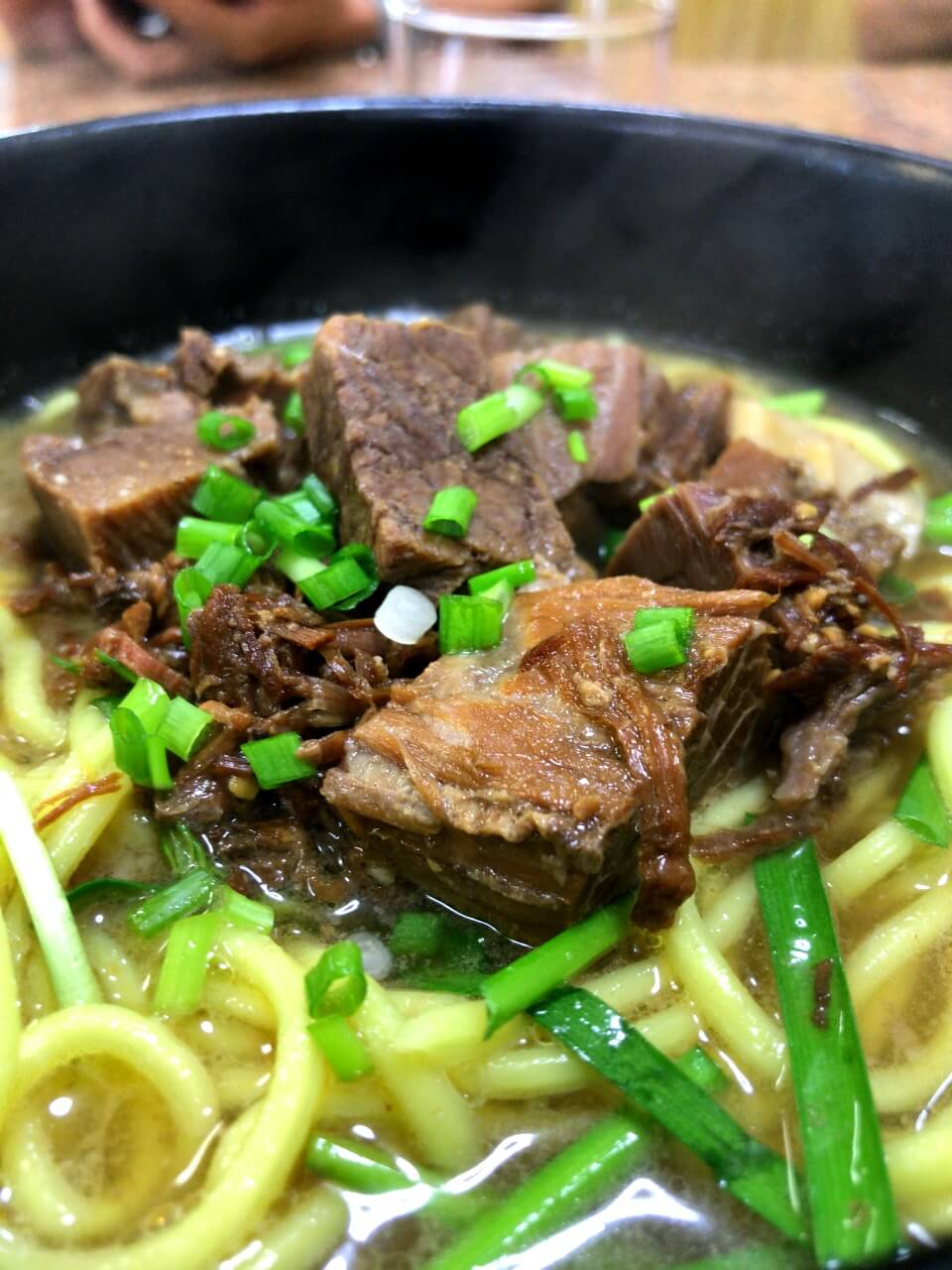 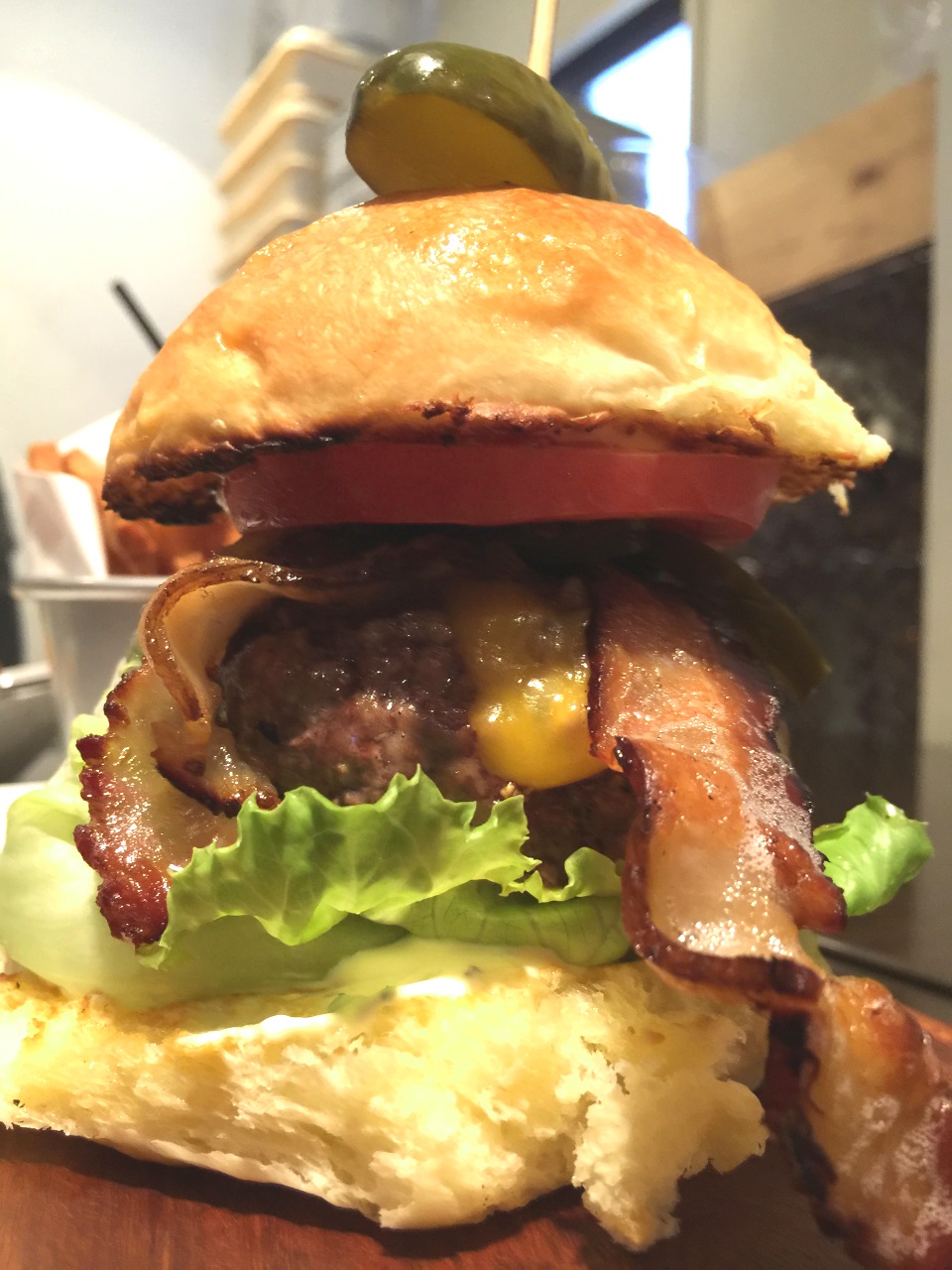 Contents1 Homemade hamburger2 Woody’s International GastroPub & Grill3 Let’s eat a hamburger4 Let’s eat pasta! Homemade hamburger Until I came to Okinawa, I had eaten hamburgers only at fast food chains such as Mos Burger. I have a young trauma and can’t eat McDonald’s products. Mos Burger is my favorite. ... 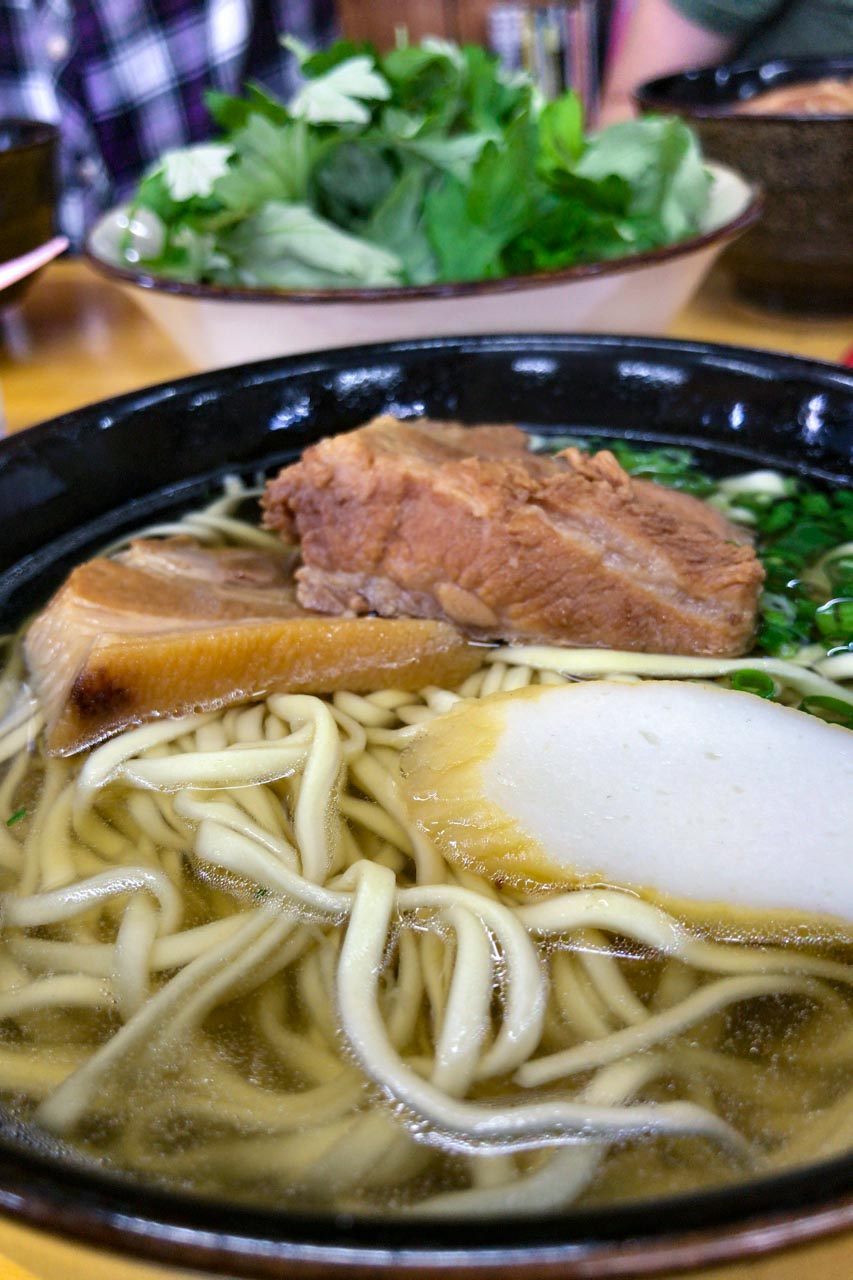 Contents1 Okinawa soba Tamaya2 What should we eat?3 Mix Soba Noodles4 Children also like the soba Okinawa soba Tamaya It was a return from my business trip. I canceled the in-flight mode of my smartphone because the plane landed at Naha Airport and I was able to use all my ...