One of Shizuoka’s local dishes is boiling small snails. Use a toothpick to dig out of the shell and eat. A refined yet firm taste with no habit. I like the boiled “Nagarami” (Sea Snail). I definitely eat when I come to Shizuoka. Locals say, “Why do you know sea snail?” I have a long relationship with Nagarami. It’s been over 20 years. For me, the image of “Shizuoka” is “Nagarami”, not tea, wasabi, eel, or golden snapper. The Japanese name is “Danbeikisago”, and the scientific name is “Umbonium giganteum”.

About 20 years ago, at the time, there was a small restaurant near my office. It is a restaurant run by a couple. Her husband was a chef, and the beautiful wife who looked good in kimono was a landlady. There are only two table seats and a counter seat.

The couple was from Shizuoka. He was a Japanese cook, but the beef tongue stew he made occasionally was superb. I often ate “Nagarami” at the small restaurant. The couple told me that it was a familiar ingredient in Shizuoka.

An oden shop in front of Yaizu station with the old atmosphere. When I open the door, there are no customers. There is no clerk.

I heard a voice but no one. The voice I heard is not from the back of the restaurant. From near me. The landlady was hiding behind the front seats.

The atmosphere inside the restaurant is in the 70’s. It seems to appear in an old drama. An elderly landlady was operating alone. Drinks are self-service and self-reported. There are oden pots and some platters on the counter. I’ve found Nagarami. I self-reported the order and carried it myself to my seat. I feel as if I’m at my grandmother’s house in the country.

The landlady said. Sprinkle powder on oden before eating. I was already drunk, and the powder looked like peppercorn. I thought it was quite novel and exciting, but I was wrong. The powder was bonito flakes. Yaizu is a town famous for catching bonito. Add miso sauce to the oden. Sprinkle powder on the oden. delicious. Oden is delicious, but the taste of sprinkles is wonderful. I said.
“This is good.”
The landlady answered with pride.
“That’s right? It’s handmade by me.”

The price was surprisingly reasonable.

I should have eaten a lot, but head to the next ramen shop. In this way I get fat and fat. My blood pressure, uric acid level, and blood sugar level also go up. I am unhealthy. This is unhealthy.

But I can’t quit. I realized that when people drink alcohol, they become faithful to their instincts. 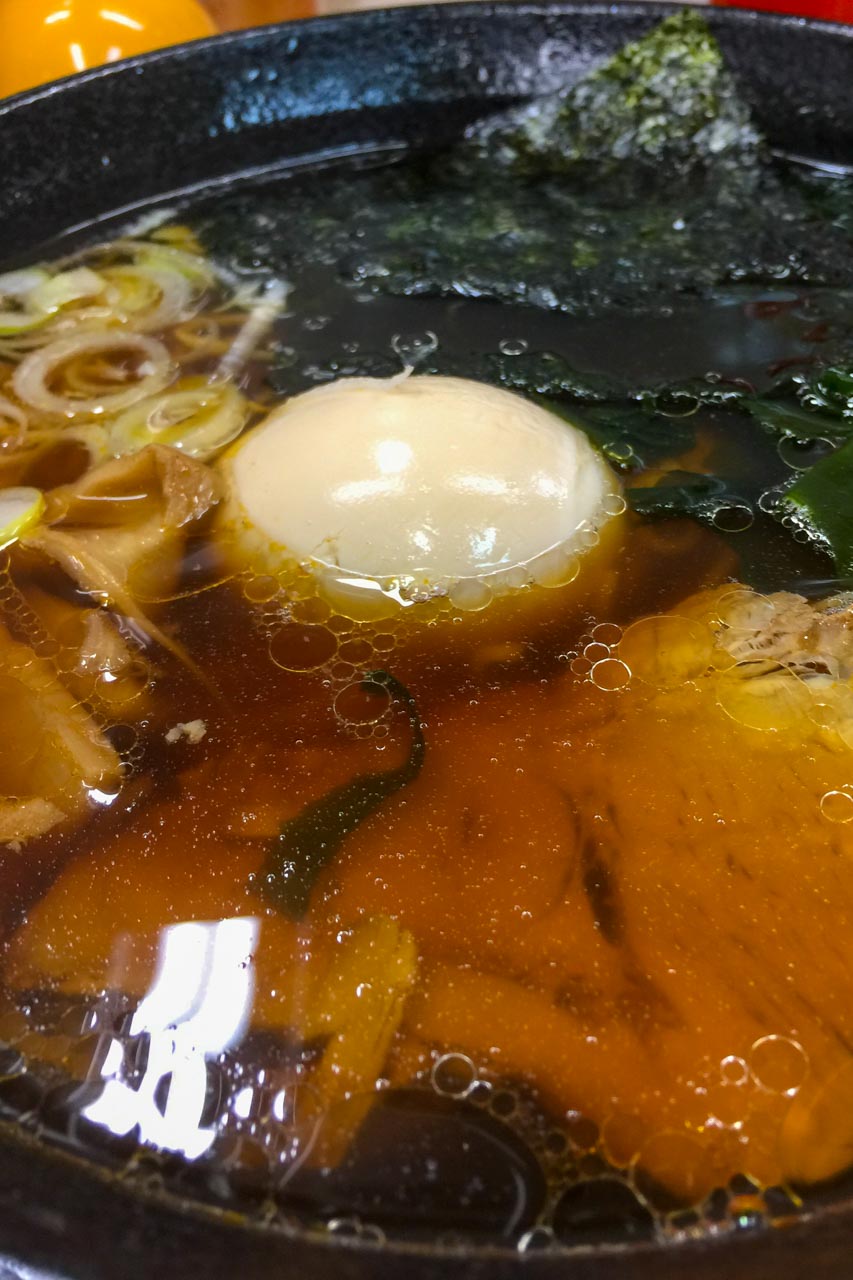 Contents1 Bonito Gyoza2 Tuna dumplings are more delicious3 Tuna dumplings Bonito Gyoza Even though it’s a weekend, there are few people. My dinner was a banquet, but I didn’t eat much. Now I was attacked by a hungry feeling. What caught my eye was a ramen shop that was lighted ...